Archipelago federates three communities: scientific, artistic and educational around a creative process undergone and fuelled by 25 students from 4 countries : France,Greece, Turkey, Spain. This process is facilitated by an artistic and international  collaboration led by the theatre compagny  Eolie Songe. The students and the teachers will attend research, art workshops, international meetings, and participate to rehearsals and shows in each partner city.

Archipelago relies on an ongoing art/science collaboration initiated by the French artist Laurent Mulot inspired from the european ANTARES KM3NeT scientific experiment : a huge neutrino detector in the depths of the Mediterranean Sea, off the coast of La Seyne sur Mer. This scientific collaboration involves 51 laboratories spread over 15 European countries.

Archipelago‘s final goal is to produce a collaborative artwork mixing dance and theatre directed by Thierry Poquet. Archipelago is especially focused on flows : tidal flows (the 5 cities are attached to an important port), streams of elementary particles (like the neutrino that crosses the Earth at the speed of light without deviating of his trajectory), flows of goods, human flows and migration phenomena.

To undertake the European project – Archipelago – we rely on an ongoing art/science collaboration inspired from the European ANTARES KM3NeT scientific experiment which already brought together two French high schools, a theatre company, a visual artist and the Centre for Particle Physics based in Marseille. Following the example of the European scientific collaboration ANTARES KM3NeT that  includes 51 laboratories scattered among 15 European countries, we feel the necessity of enlarging this project to a European partnership between high schools in which the participating students will get the opportunity to build their European identity. The ongoing exchanges between highschools and scientific laboratories allow us to start today a collaborative project involving five highschools : two French, one Spanish, one Turkish and one Greek.

As Archipelago unfolds, the 25 high school students – five participants for each school – will create an artwork under the supervision of artists and renowned scientists that will enable them to acknowledge the interest of a collaborative work at a European level.

Through visits to research laboratories and scientific museums the students will gather scientists in natural and social sciences’ life stories and will thus enrich their representations of the world realities. Then, through trips to art museums, they will be immerged in modern art tendencies that will also have an impact on their visualisation of the world. Afterwards they will participate to the film shooting that will be taking place at the very heart of the port installations located next to each participating high school.

Along with this triple immersion the students will initiate the realisation process by an artistic practice at school : danse, theatre, music, visual arts. During the first European gatherings, they will gradually be party to a narrative in which they will meet students coming from the other Archipelago « islands » and will try to answer these issues : in what ways do we look alike or differ ? What is keeeping us apart ? What unites us? Do we have to secure our « islands » or cooperate so that we build a new one ?

As soon as writing the piece will be set, the students will start rehearsing until the final product is developed in the cities  where are located the partner schools.

The students will receive a two-year high-quality artistic training in their own school. They will also be in learning situation during the European gatherings and the realisation of the final artform. The pedagogical methods used in the Archipelago program – cross-cutting practice, openness between the different disciplines, support towards taking initiatives – will help the students develop their personal skills, strengthen their confidence in the perspective of a longterm higher learning and strive for excellence. The project will also make the scientific and/or artistic careers attractives so that the students can be first plan players in the forthcoming great challenges of the European development.Participation to the project will contribute in different ways to develop the educational institutions involved : the cultural and European openness will be sustained ; the scientific and artistic partnerships will be enhanced and perpetuated ; the bonds established with the artists, the Cities of Sciences and research laboratories will last. The project will have allowed to foster exchanges of good practice between teachers from different countries : an openness to enrich the teaching abilities. The communication that will have taken place on the common site to the 5 high schools should value the results of the Archipelago process for many years to come after its closing. 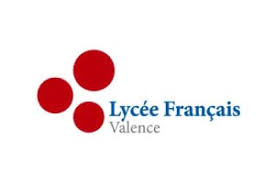 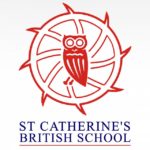 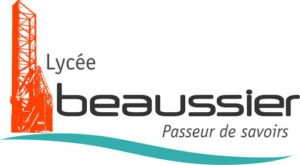 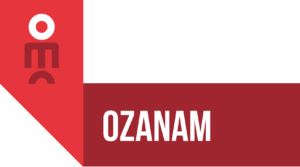